It was Henry David Thoreau who said, “How vain it is to sit down to write when you have not stood up to live.”

I mention this not just because Thoreau is something of a personal hero of mine, but because it seems to me that Patience Hurlburt-Lawton, our Director of Content, has a knack for doing just that: standing up to live.

Let’s start at the beginning.

Patience is from a small town in Vermont called Salisbury (population 1,152 according to the 2017 census). She says her dad is the coolest person she knows—an incredible drummer who worked his butt off to pursue a career in music—and describes her mom as “tough, independent and overwhelmingly kind and generous.” Clearly all those good qualities rubbed off on Patience. She also has a brother out in San Fran (hi, bro!) and oodles of aunts, uncles and cousins back in Vermont. Big families are the best. 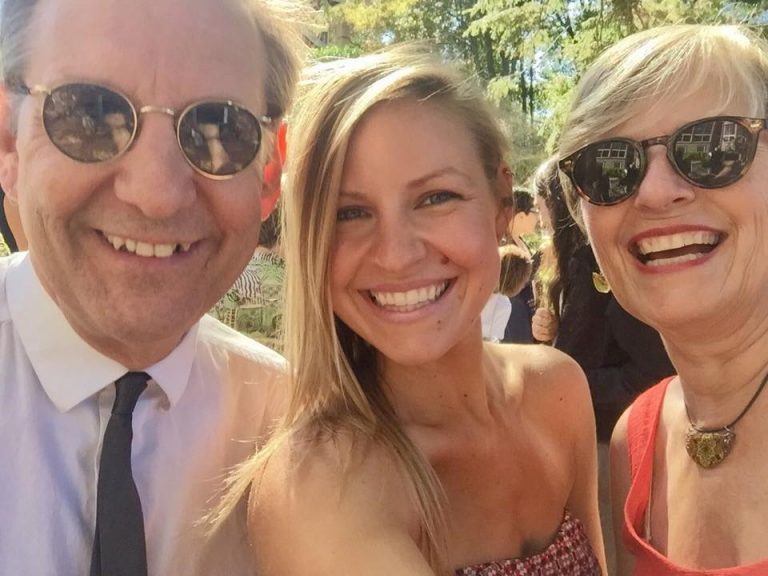 In 2011 she met her fiancé, Ethan. In New Zealand. Where she jumped out of a plane. Because how cool is that? The two share a love for travel and outdoorsy things like hiking, climbing and camping, especially with their 5-year-old German Shepherd mutt named Jackson.

Turns out “Jaxie” is a highly skilled hiker and shares his humans’ love of adventure. This may have something to do with the fact that a few months after they adopted him, both Patience and Ethan quit their restaurant jobs and the trio spent three months traveling the western United States and Canada, including California, Oregon, Washington, British Columbia and Banff—pretty much all those places you see in travel books and swoon over. 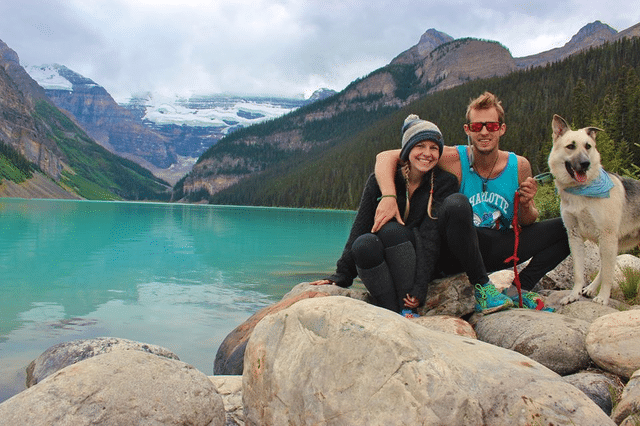 So, how did Patience end up here at Solutions 8?

In 2015 she moved to Flagstaff, trading in her full-time copywriter gig for a contract position and discovering (like most writers) that working from home is absolutely essential for the creative soul.

“I actually found myself to be more productive,” says Patience. “I could make time for my music, for creative breaks and to go out and run, hike or exercise anytime I was stalling, which kept me motivated. Plus, I was with my dog all day.” Best. Perk. Ever. 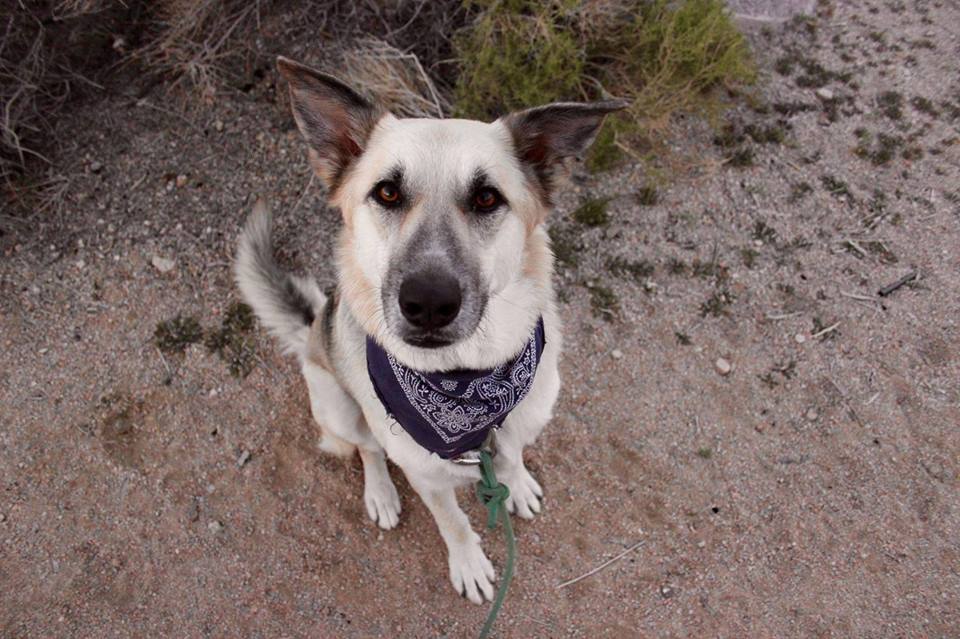 But also like most writers, Patience found she needed a bit more work to… ah, stay afloat. And you can probably guess where this is heading. Solutions 8 just happened to be looking for a content writer at the time and, recognizing a whole lotta crazy talent when they see it, they asked her to join the team. I think the word you’re looking for is serendipity.

In her current role as Solutions 8 Director of Content, Patience is in charge of planning what to write for every client each month, assigning each task to the writing team (herself included), and making sure everything gets back to her in time to review and send to our clients for feedback before it gets published online.

She says her favorite thing she ever wrote was a poetry anthology from her semester abroad in New Zealand. Professionally, she loves assignments that allow her to flex her creative muscle. “I’ve written some email campaigns and landing pages where I really got to be creative and playful (and snarky) and those are always the best in my opinion because they’re fun to write and read.”

Patience also wrote piece of content for a client that became an actual Google snippet, which is a pretty big deal! And she says whenever a client or co-worker really loves something she writes, she feels enormous pride. So I’m guessing this happens a lot.

If she could trade jobs with any person in the company?

“I wouldn’t trade jobs with anyone! Have you seen John and Kasim’s appointments on the calendar? I don’t know how they do it. But I would totally trade with Kasim for a day to see what it’s like to run the whole show here. I only manage one department! Mucho respect.” I’m gonna have to agree with her on that one.

But if she could have any job in the world? Her dream job list is 100% Patience: travel writer, fitness/nutrition coach, teaching creative writing and, of course, being a full-time songwriter and musician. (I mentioned in a previous blog that our wildly talented Director of Content is working on her second album, and you can listen to her single “Best Thing” here.) 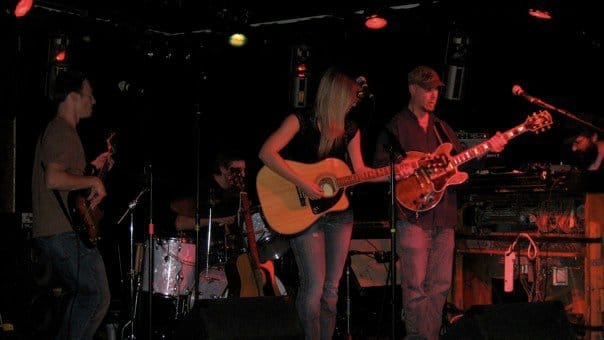 Speaking of music, Patience says the best concert she ever attended was Radiohead. She and Ethan spent the first hour of the concert “borrowing” some up-close seats until the owners finally showed up and they had to trek up to the nosebleed section. But even then she says they were incredible.

“That band is so talented. Thom Yorke is a crazy genius and they sounded so good. I’ve loved them since I was in middle school, and seeing them live proved just how solid of a band they are. And the lights made it even more mind-blowing.”

“I’ve been stuck on Peru since I was a little kid,” says Patience. “But, essentially, any vacation that involves some mountains, water, hiking, culture and good food.” Not surprisingly, the first thing she would buy if she won the lottery would be plane tickets or a van big enough for her, Ethan and Doggo of Extreme Handsomeness to live in (and work out of) for months at a time.

When I asked Patience if she had any pet peeves, I wasn’t surprised when she said mean people. From the first time I talked to her, Patience struck me as one of the most genuinely kind people I have ever met. (And I’m not just saying that because she’s my boss, you guys.) She is just one of those people you feel fortunate to share space with in the universe—which made writing this blog pretty darn easy. 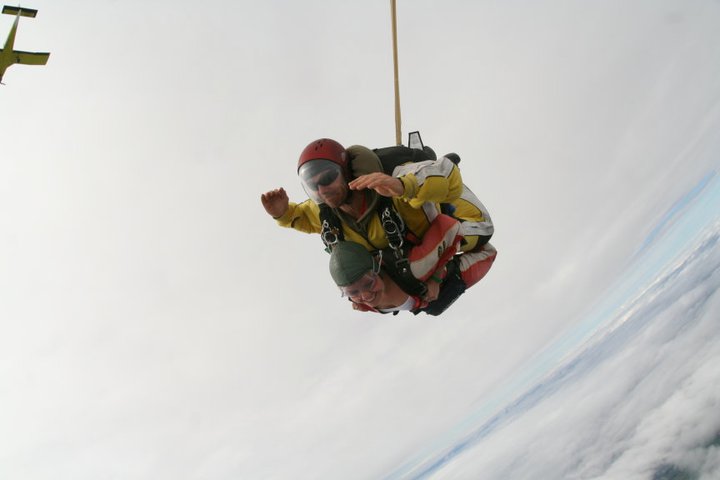 I also asked her what her biography would be titled if someone were to write one. Her answer? Patience: Yes, Like the Word – A Story About Thinking You Know it All Before Finding Out You Know Nothing.

So, talented, kind and humble. (And a total badass to boot.) How lucky we are to have her.