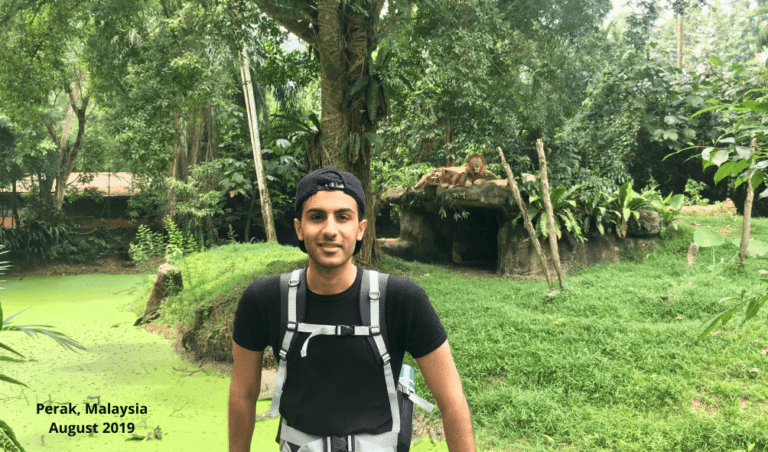 Sometimes I’m just astounded by the incredible people on our team, and Jalil Imani is one of those people. It’s not just that he’s talented; obviously he is or he wouldn’t be here. But to come out of the year we just had with so much positivity and passion is no small thing, and Jalil reminds us that every moment should be cherished.

Of course, he still always has an exit strategy in case of a zombie uprising, but that’s just good common sense.

As part of our Tech Team, Jalil creates and designs landing pages for Solutions 8 clients and will soon take on the additional responsibility of handling all website maintenance tasks. He says the best part about his job is working from home and working with Ivan and Kasim, whom he calls “the best bosses I’ve ever had!”

Not one to shy away from hard work, he says the high expectations that come with his job are actually a good thing, because they push him to do his best and improve. Plus, he believes life is a never-ending learning process, and the fact that he loves learning new things makes this job a perfect fit.

But when things get too hectic at work, Jalil knows how to relax and unwind.

Depending on his mood, he says he has a wide variety of hobbies, but if he had to describe a perfect Sunday?

“It would be this: rainy day, an empty house, a good book, and a cup of tea with some biscuits, reading the newspaper in the morning by the window and cooking something in the afternoon. Then meeting my friends at night.”

Of course, he says that’s only possible where he lives now, in Kuala Lumpur, Malaysia, because once he’s back home the house is always crowded and there is always something to do, so having a day to himself is a rarity. He has three brothers, one older and two younger (even though his parents really wanted a girl). Mom manages the home and dad runs a business, and Jalil says his entire family from his father’s side all live in the same neighborhood, so it was fun growing up with a lot of cousins.

He says when he was younger, he wanted to be a doctor because he thought it was the only way he could help others and make money, but he soon realized that biology was not where his passion was and instead chose business. He recently earned a Bachelor’s degree in Business (Major in Hospitality Management) and completed a six-month internship overseeing sales and marketing for a 5-star hotel.

So back to the undead uprising…

Jalil has no doubt he could survive a zombie apocalypse. Not only is he a fast runner, but he has seen every zombie movie and series ever made, some more than five times, so he’s pretty sure he knows how to fight a zombie.

“At this point,” he told me, “I see myself as an expert that even when I’m in any public place, sometimes I’d be thinking about the fastest and least crowded ways to get out and get myself home if suddenly I saw zombies … If you ask my friends, they’d tell you I could probably write a book on how to survive a zombie apocalypse!”

He’s also a huge Game of Thrones fan and considers author George R. R. Martin his favorite artist. But before you go thinking you’ve got him all figured out, trust me when I say you don’t. Jalil also loves a good political thriller and is currently re-watching House of Cards. Before that, he re-watched all of Designated Survivor. But he’s also seen every episode and every season of Friends and still watches it. “I can literally finish their sentences at this point!” he told me. 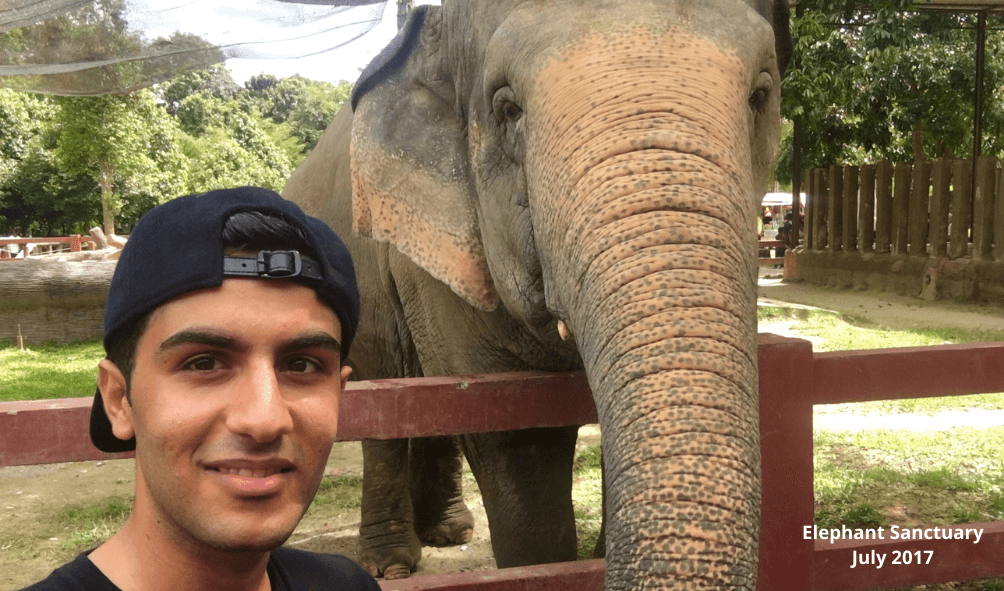 A few more things that might surprise you about Jalil?

If he could snap his fingers and become an expert in anything, it would be to communicate and connect with animals. And if that happened, he says you’d never see him in the city anymore.

He says he will never hitchhike again, having done it one time just for the experience. 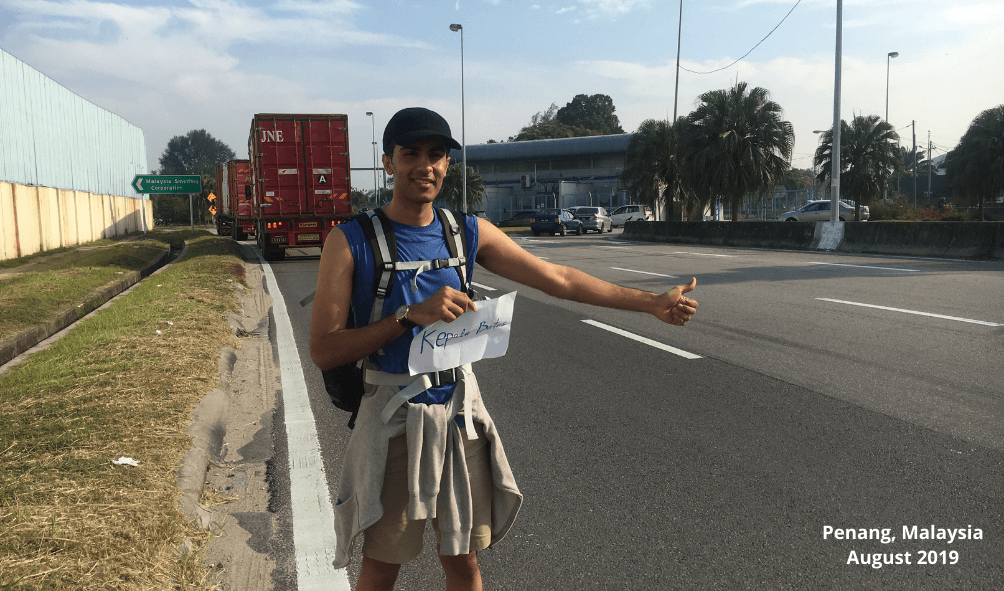 He’s really good at playing cards, especially a game called Spade, which he’s been playing since the age of 14.

He’d love to take up painting.

Three things at the top of his bucket list are to travel the world, to start a nonprofit to ensure the poor people in his hometown have access to education and jobs, and to write a book about the things he’s experienced. (I would absolutely read that.)

He’d never max out his credit card because he’s too responsible with money.

And his favorite quote is by the 13th-century Persian poet Rumi: Yesterday I was clever, so I wanted to change the world. Today I am wise, so I am changing myself.

He’s also something of a poet himself.

When I asked him about his favorite place he’s ever visited, here’s what he said:

“One of my favourite cities in Iran is Shiraz … the most beautiful city in Iran if you ask me. Shiraz has a rich history and was home to some of the greatest Persian poets, like Hafiz and Saadi. The city is astonishingly colorful. In summer, you’d see a clear blue sky and the air is filled with the smell of flowers coming from all the beautiful historical gardens, palaces, parks, and trees on the streets. In Malaysia, I’d choose Langkawi Island to be my favourite place … it’s the place I go to when I need to get away from everyone and everything. I like the island because it never failed to make me feel better. I can reconnect not only with myself but with nature.” 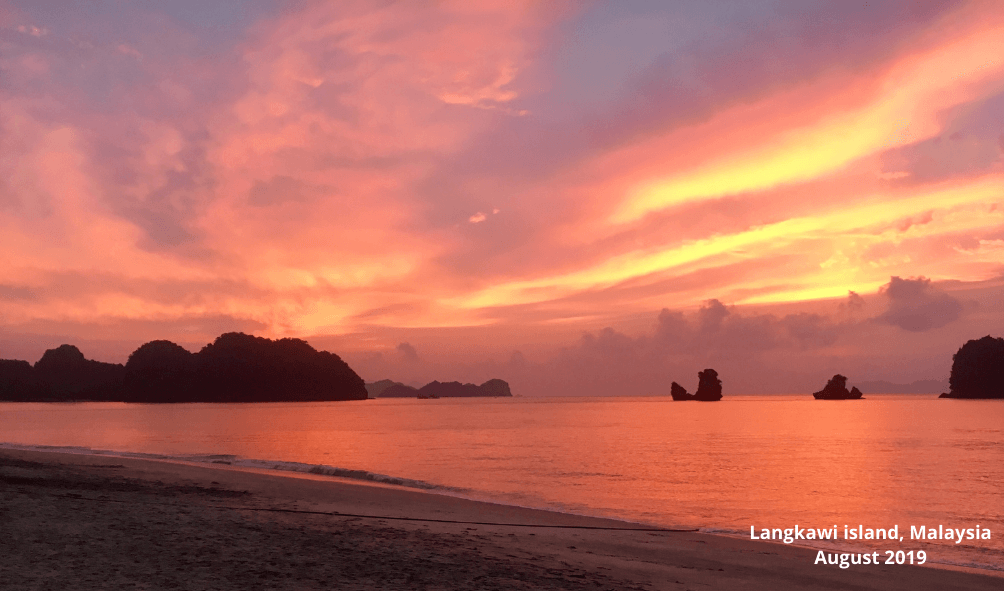 And like so many of us, Jalil learned something about himself when COVID-19 turned the world upside-down in 2020.

“I learned how much I needed God and realized how distanced I had become in the past few months or years.”

He says he has a lot to be grateful for, and he thanks God for that, but most of all he is grateful for his family. He believes being raised with respect and good manners shaped his personality and helped him become the man he is today.

By continuing to browse this site, you agree to our use of cookies.